Topic: The Biggest Breaches And What They Mean For The Future Of Cybersecurity Investment

This talk covers the key lessons learned and root causes from the biggest mega-breaches over the past several years, and analyzes their correlation to the over $45 billion invested in cybersecurity thus far. Based on hard data of over 4,000 cybersecurity companies that have been funded thus far, and what they have focused on to-date, some hypotheses on where future investment is required will be presented. Whether you’re interested in how your current company is positioned for the future of cybersecurity, considering a job change, or even potentially starting a cybersecurity company yourself, this talk will arm you with the information that you need about the security landscape, both on the business and technology fronts. Future trends in cybersecurity will also be discussed.

Neil Daswani is currently an Executive-in Residence at Trinity Ventures, and is a Co-Director of the Stanford Advanced Security Certification Program. He has in the past served in a variety of research, development, teaching, and executive roles at Symantec, LifeLock, Twitter, Dasient, Google, NTT DoCoMo USA Labs, Yodlee, and Bellcore. Neil has been both a security entrepreneur having co-founded Dasient which was acquired by Twitter, and has also served as a Chief Information Security Officer at LifeLock and at Symantec’s Consumer Business Unit. His DNA is deeply rooted in security research and development, he has dozens of technical articles published in top academic and industry conferences (ACM, IEEE, USENIX, RSA, BlackHat, and OWASP), and he has been granted over a dozen U.S. patents. Neil is also co-author of “Foundations of Security: What Every Programmer Needs To Know” (http://tinyurl.com/33xs6g), He earned Ph.D. and M.S. degrees in Computer Science at Stanford University, and he holds a B.S. in Computer Science with honors with distinction from Columbia University. 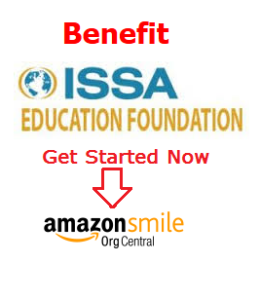 Planet Cyber Sec brings you an extraordinary speaker line-up in a video conference format that’s the next best thing to in-person events, from the comfort of your desk or couch!
#CyberSecurity #cyberthreats #cyberrisk https://planetcybersec.com/